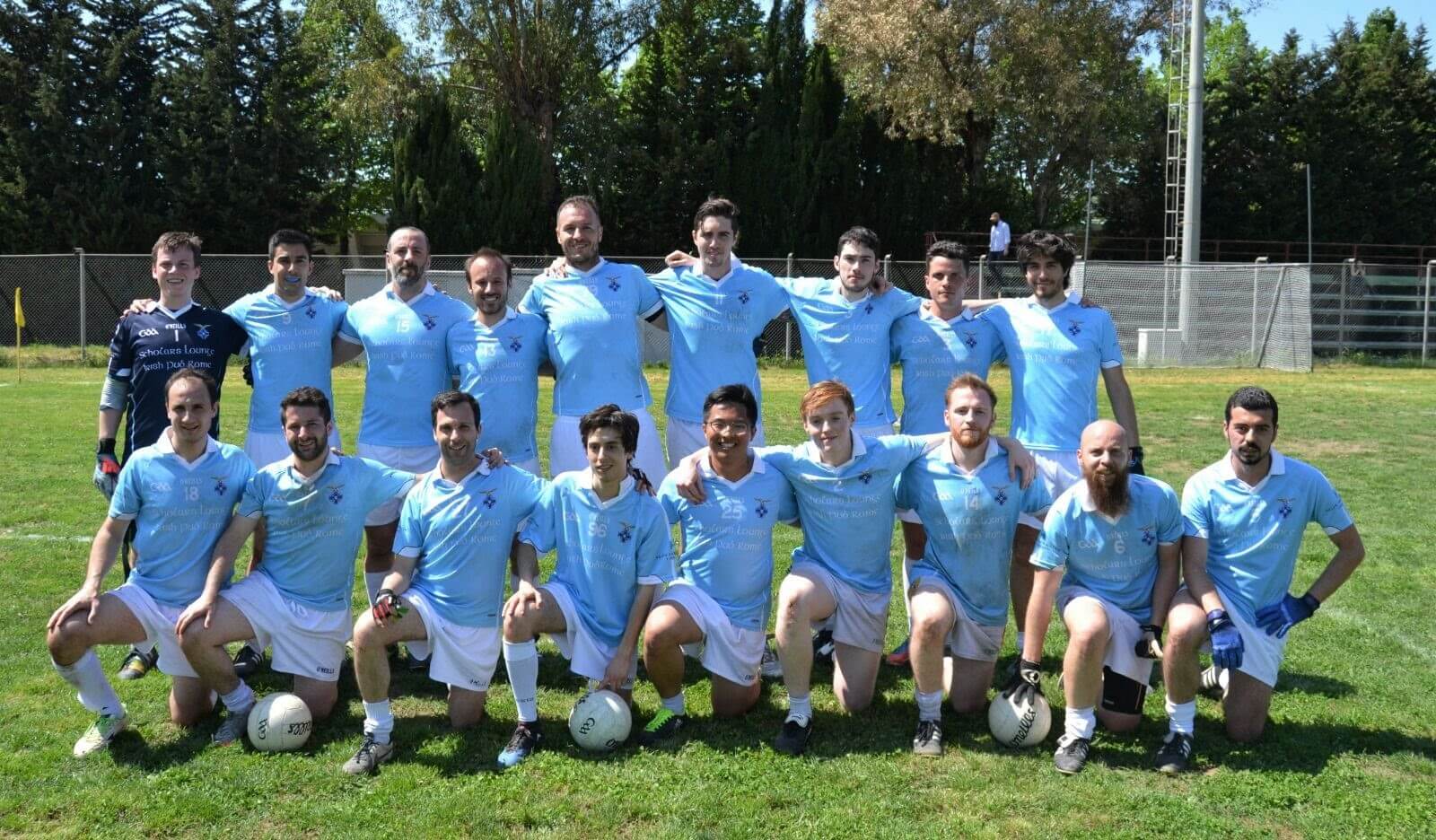 Gaelic Football is a sport originally from Ireland with unique rules: at first sight a sort of mix between football, rugby and basketball, it is played with hands and feet and a round ball on an outdoor court with the goal of scoring a goal or a point between the high stakes.

After the growth of Gaelic Football all around Europe, it may not come as a huge surprise to learn that the Gaelic Athletic Association’s reach extends to Italy and specifically Rome. The official Lazio GAA team, for the first time in 15 years, was part of an audience with the Pope on May 7, 2018.

Antonella Piccinin, Assistant Rector at the ND Villa, found the team and sponsored it to the study abroad students in Rome. Sang Woo Kim, also known as “Ryan”, a student from the Rome International Scholars program, trained for the first time with the team on February 2018 and he fell in love with the sport as well as with the people.

“It was great to get out there to run around and play a team sport, and the people were so incredibly kind and welcoming. I started going back every Wednesday evening which is when the team practices, out on the rugby fields at Centro Sportivo Tre Fontane close to the EUR Magliana metro stop.”

The team was set up just four years ago by Chris Taggart, a Rome-based Irishman originally from Castlederg in Tyrone. When he left to teach in Hong Kong, Sergio Corsini consequently took over, with Kevin McLaughlin appointed secretary. McLaughlin says that while there are “five or six” Irish people involved, the team are comprised of “expats from America, England and Scotland, but are mostly Italian”.

On April 21st, the first official European Gaelic football tournament in history was held in Rome, coinciding with the Natale di Roma (Christmas of Rome), and Ryan was lucky enough to play in the tournament with the team. The event saw the participation of 10 male and 8 female teams to win the first round of the four scheduled for the Central and Eastern European area, which include Italy, Germany, Poland, Czech Republic, Slovakia, Switzerland and Austria.

At the Tre Fontane EUR sport facility, which has become a sort of small Croke Park, the iconic stadium of Gaelic sports in Ireland, a strange but warm crowd of Irish people, Italian fans, Lazio fans and curious who supported the various teams gathered and enjoyed the show in a singular Roman-Irish mix of ciriole, beers, Gaelic traditions and local customs.

Besides the result, the event was a success and the party continued after the game with the traditional third half.

Learn more about sport opportunities when in Rome at rome@nd.edu.

Originally published by Costanza Montanari at international.nd.edu on May 29, 2018.