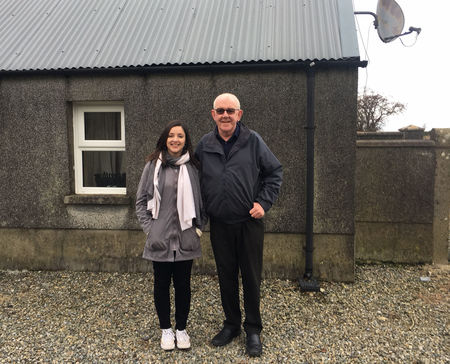 Rose with her grandmother’s cousin, Peter Rice, standing in front of the home her great-grandmother was born and raised in

Rose Pupel is a rising senior at Notre Dame, majoring in economics and minoring in Irish studies. Originally from Mahwah, New Jersey, Rose spent a semester studying in Dublin tracing her Irish roots to the birthplace of her great-grandmother. She writes about how a study abroad experience allowed her to connect with relatives.

During my Freshman year at Notre Dame, I took an Irish history course, Irish in the World, with Professors Ian Kuijt and Patrick Griffin. Our final project required that each student pick a relative from Ireland and complete genealogy research about them – determine where they came from, why they decided to migrate, where they went, and compare our relative’s experience with common trends and themes of migration during the time period. I chose to start my research with my grandmother, Rose Marie. I had never met her, as she had tragically died at the age of twenty-nine (my mother was only three years old, and my uncle only one). She was also an orphan, so our knowledge of our family history stopped with her. I contacted the orphanage where she was left, the New York Foundling Hospital. The orphanage provided me with critical information about my grandmother and my great-grandparents.

My grandmother (four months old at the time) was dropped off at the orphanage in 1936 by her parents, Rose Ann Rice and Thomas Davenport. They were unmarried, which was likely an important factor that led to my grandmother’s orphaning. The Foundling Hospital told me that my great-grandmother, Rose Ann, was from Armagh, and that her parents were Peter and Bridget Rice. Using information from the 1901 and 1911 Irish census, manifest records, and US census records, I was able to re-create my great-grandmother’s journey. 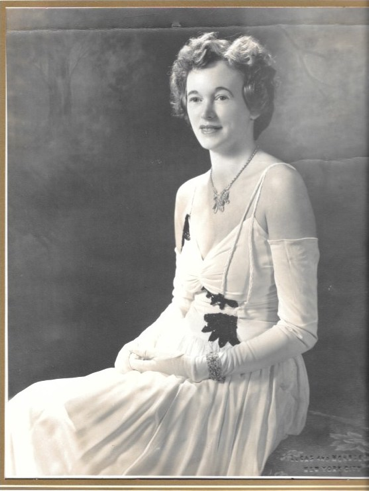 Rose Ann Rice was born on February 3 (coincidentally, we share a birthday), 1911 in the small town of Flurrybridge (which is now a part of Jonesborough, a kilometer from the border in southern Armagh). She had an older brother, Joseph, who also migrated to the United States. At the age of eighteen, Rose Ann arrived in New York City on January 29, 1930. She is recorded as living as a domestic servant in 1930 and 1940, and she eventually married a German man named Peter Mosner. She moved to Long Island, and passed away at the age of ninety-four in 2005.

Unfortunately, with the resources I had at the time of my final project, this was as far as I could go with my research. I never knew if Rose Ann had any younger siblings (her older brother Joseph died in 1985), as the last Irish census available to me was from 1911 (the year she was born). I remained curious about my family history for the next year, but I felt stuck in my research. However, during the fall semester of my junior year, I had the opportunity to study abroad at Trinity College in Dublin.

One weekend in September, I travelled to the town of Jonesborough. I started by picking a random home, knocking on the door, and asking the man inside if he knew of anyone with the surname Rice. He directed me down the road, where I encountered two men on the road, and I asked them the same question. They were both Rices, but not my Rices. They recommended that I speak with Martin Rice up the street, as he was familiar with the family history of the area, and he might be able to help me. Unfortunately, Martin was not home, but I did get a chance to stop at the local parish. Using the parish records, I discovered that Rose Ann did have more siblings born after 1911, a sister, Bridget (who sadly died at a young age) and another brother, Stephen. This discovery meant that I might have living relatives.

That night, I wrote a letter to Martin Rice, explaining my story and my research, and I included a family tree that I had compiled. A week later, I received an email from his son. He explained that they thought they knew my family, but they wanted to compare family trees, and make sure the information all added up. The very next day, I received a phone call from Peter Rice (Stephen’s son, my grandmother’s cousin). 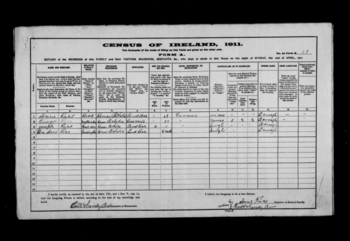 This July, I will be returning to Ireland to attend a Rice family wedding with my mom and uncle, who have yet to meet their mother’s family. Discovering and getting to know my family in Ireland has been an incredibly rewarding experience. I am so grateful for my freshman year course for initiating this journey, and for my time in Dublin that helped me to ultimately discover my relatives.

Originally published by Colleen Wilcox at dublin.nd.edu on July 10, 2018.